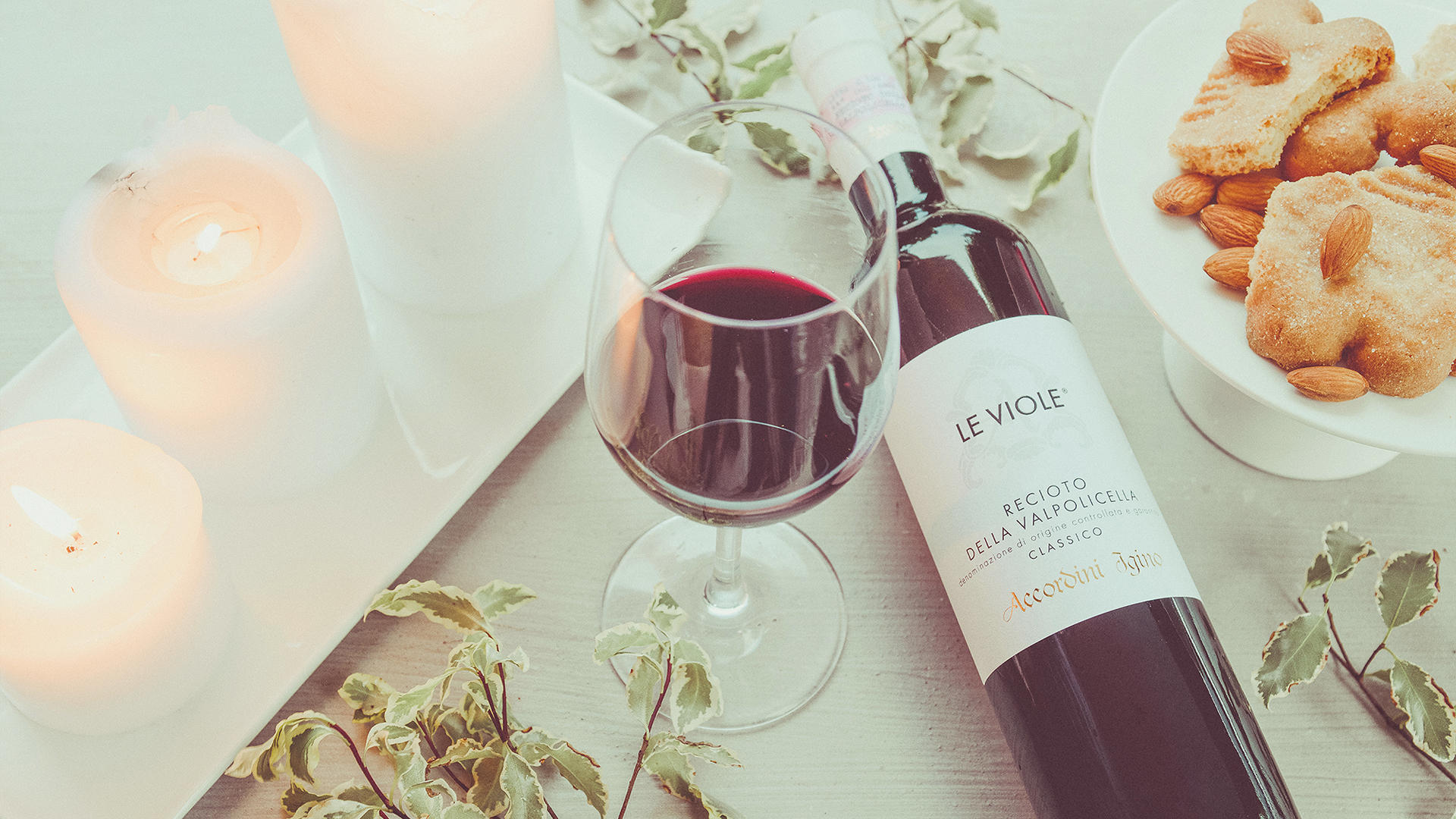 Recioto, the sweet treasure of Valpolicella

Valpolicella, a wine area that is now famous throughout the world. Amarone is among the most noble wines, Ripasso amazes for its intense body and drinkability, Valpolicella Superiore is among the best red wines in Italy.

There is, however, a less well known wine, a small secret treasure from ancient history. Recioto from Valpolicella, even though not well-known outside the Italian borders, is one of the most important passito red wines in the whole Italian wine panorama.
It is one of the few Italian sweet passito wines, and is also one of the oldest: it seems to date back to the Roman period, when Valpolicella was inhabited by the Raetian people. Recioto does not, however, take its name from Retic – as the sound could suggest – but from the word recia, which in the Verona dialect means ear.
The secret lies precisely in the “ears” of a particular autochthonous grape variety, called Corvina – the same used to produce Amarone and Ripasso. But do bunces of grapes have ears? Yes they do. Recia is the name given to the two upper parts of the typical Corvina bunch, because they are similar to a pair of ears on the sides of a head.
They tend to be sweeter because more exposed to the sun, and are at the base of the recioto secret. They are used for crushing.
How did Recioto come about?
Immediately after picking, the Corvina bunches are left to dry on racks for 3 to 4 months. During this period they lose their residue water and the sugars become more concentrated. Noble rot – the same Botrytis Cinerea of the exceptional Amarone – develops on the grapes.
The grapes are crushed and ferment during the cold Verona winter, when the must remains in contact with the grape skins for more than 20 days. Fermentation is stopped when the liquid still contains a high sugar content – about 12% - and an important alcohol level of 14-15°.
The wine obtained in this manner is matured in barrels and then transferred to oak barriques to age for more than six months.
The characteristics of Recioto
Recioto is a DOCG (Controlled and Guaranteed Designation of Origin) wine and it presents itself as a passito wine with a deep, intense granite-red colour and a consistent density that sometimes cannot be penetrated by light.
To the nose, the recioto Le Viole di Accordini Igino is an explosion of fragrances and aromas of black and red fruits such as blackberries, plums and black cherries, which revoke the colour. The flowery notes of the wild violets and flavours of almond and vanilla then appear. It is a soft, velvety wine with a great structure.
Food pairings with Recioto
Recioto is an elegant, complex wine, and like every passito it pairs optimally with cakes and fruit tarts. When paired with excellent dark chocolate, however, it thrills.
We at the winery enjoy the Recioto le Viole most with dry pastries, and in particular with Cantucci biscuits, the consistence of which is perfect with the softness of the wine, blending in an extremely sweet and intense experience.
Back
© 2023 Accordini Igino | Registered Office: Via Campostrini, 51A | 37029 S. Pietro in Cariano (VR) |VAT 04528050232 | All rights reserved - TERMS OF USE - PRIVACY POLICY - COOKIE POLICY
Top

Accordini Igino promotes a culture of drinking responsibly which is part of the Italian Art of Living.

Enter the accordini.it website only if you are of the legal age to drink alcohol in your country